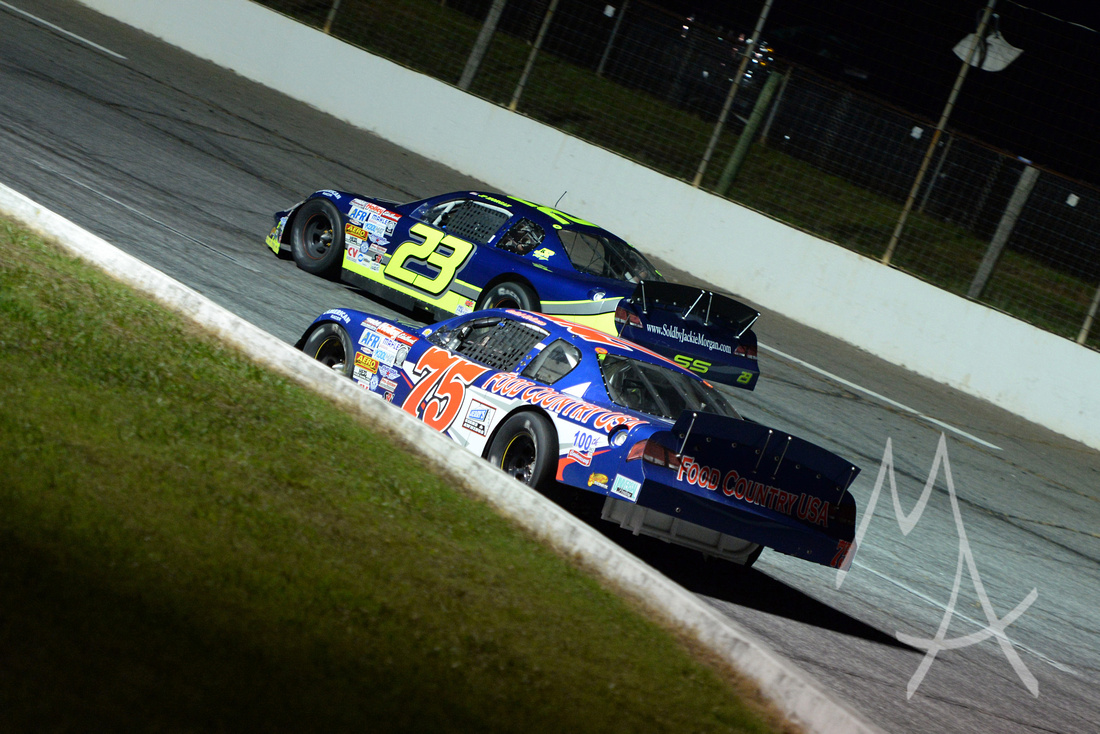 In the waning laps of the race J.P. Morgan (23) Chevrolet Impala SS held off a hard charging Caleb Holman (75) Henderson Motorsports Food Country Chevrolet Impala SS.  Morgan would go on to win his second race of the season.  Holman broke an axle on the first lap of the race and went several laps down while his crew fixed the problem.  With the 75 car racing to get a lap back, the drivers put on a great show.  The two are also atop the points standings for the series.

Tri-County Motor Speedway is a 4/10th of a mile oval speedway that hosts special events like the Pro Cup Series.  The series will head to Orange County Speedway in Rougemont, North Carolina, on July 26th for their Summertime Showdown 200.  Six races have been run with six to go.

To view a gallery from the night's event click here.